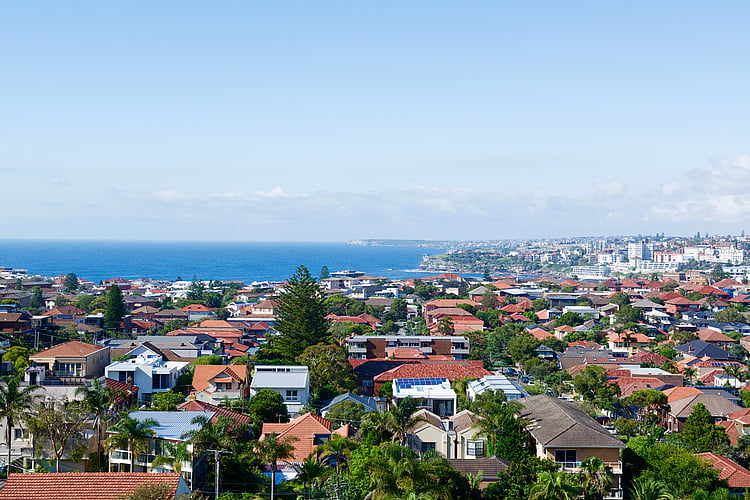 Australian housing values edged down by 0.4 per cent in August, marking the fourth consecutive month of falling prices due to COVID-19, new CoreLogic data showed.

Melbourne’s property market was the hardest hit, with values weakening by 1.2 per cent to $667,520 in August, following a similar contraction in July.

CoreLogic noted while property prices have been trending down during COVID-19, the declines had been slower in July and August. Values saw no changes or small growths in five of the eight capitals in August: Adelaide, Perth, Hobart, Darwin and Canberra.

“(Melbourne’s August result was) the largest fall recorded amongst the capital cities, demonstrating the impact of a worse viral outbreak relative to other cities, along with a larger demand side impact from stalled overseas migration,” he said.

“Through the COVID period to date, Melbourne home values have fallen by 4.6 per cent.”

While property values in the combined capitals fell by 0.5 per cent in August, prices saw no change in the combined regional markets, outperforming the larger cities across the country.

Mr Lawless attributed this primarily to the plummeting overseas migration since COVID-19 – a factor which has hit capital cities that rely on migrant demand, but has largely not affected regional areas.

Property owners hesitant to list their homes for sale

While the property market has slowed since the pandemic hit, one of the factors that have helped protected prices from fall further is the low level of live property listings, according to Mr Lawless.

“Through the COVID pandemic to-date, active listing numbers have remained extremely low, demonstrating both a lower than average amount of fresh stock being added to the market, and a strong rate of absorption,” Mr Lawless said.

And new figures released today from SQM Research showed the number of residential property listings wound down by 6.3 per cent to 293,053 in August nationally. This is down by 10 per cent from 12 months ago.

Listing numbers fell the most in Melbourne, where it plunged by about 13 per cent in August alone.

“It is reflective of the near entire freeze-up of the Melbourne housing market,” Louis Christopher, SQM Research managing director, said.

Mr Lawless pointed out that there have not been significant jumps in urgent or distressed listings.

“This could potentially change however as fiscal support starts to taper at the end of September and distressed borrowers taking a repayment holiday reach their six-month check-in period around the same time. The timing of these two events could be the catalyst for a gradual rise in distressed listings which will be an important trend to monitor,” Mr Lawless said.

But if the number of listings soar higher than levels seen in previous years, vendors may need to consider discounting their properties at greater rates when selling.

What could happen to Australia’s property market?

In a widely expected move, the Reserve Bank of Australia left the cash rate untouched today at 0.25 per cent. Interest rates are expected to remain at record low levels for at least three years, according to Prime Minister Scott Morrison, speaking in the August national cabinet meeting.

For mortgage holders and property buyers, lower interest rates may ease the pressure off home loan repayments and encourage sales activity by making it potentially easier for buyers to enter the housing market.

However, the performance of property markets could depend on the containment of COVID-19, as well as how reliant markets are on overseas migration, Mr Lawless said.

He added that while there is a “high” risk that property prices could drop further, the federal budget, due to be handed down on October 6, may help point to how housing markets could move.

Shane Oliver, AMP Capital’s chief economist, said it was likely that housing values could fall further in the next six to 12 months, while forced sales may jump due to high unemployment, the collapse in immigration, and the depressed rental market.

“JobKeeper, increased JobSeeker, bank payment holidays and other support measures have so far helped head off a sharp collapse in prices, but the market has still weakened anyway in Melbourne and Sydney and we expect further falls as support measures start to be tapered from the December quarter,” Mr Oliver said, adding that Sydney and Melbourne are likely to be the most vulnerable markets.