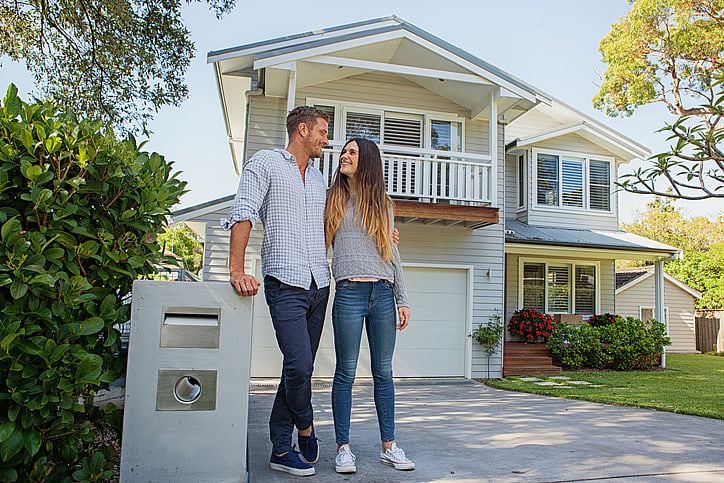 New findings from the second annual First Home Loan Deposit Scheme Trends & Insights Report found one in ten first home buyers made use of the two major government schemes, with the government guaranteeing more than $1.4 billion in deposit shortfalls.

It’s difficult to talk about the current home loan market without discussing first home buyers. The number of owner-occupier first home buyer loans peaked in January 2021, and has fallen for the seven month in a row, down by 22.8%.

While record-low interest rates have encouraged more homeowners into the market, rising property values have are intimidating first time buyers from participating, with home values rising by more than 20% in a year. Further, APRA announced changes this week to serviceability buffer interest rates making it harder for applicants to be approved for higher debts.

It is a challenging time to be a first home buyer, and without monetary and fiscal support, such as that offered by the Government, many may find it difficult to get a foot on the property ladder.

The report issued by the National Housing Finance and Investment Corporation (NHFIC) for financial year 1 July 2020 to 30 June 2021 noted that 30,000 low deposit home loan guarantees were offered to first home buyers. One in ten first time buyers made use of FHLDS or NHG.

New South Wales and Queensland residents were the top two states supported under these schemes, with 11,000 and 9,000 residents applying respectively. Younger buyers aged under 30 make up the majority of applicants (58%), but the government also supported almost 300 people over the age of 50 to buy their first home.

The report also noted that these schemes “played a part” in first home buyer loan commitments increasing to the “highest proportion of owner-occupiers since the GFC”. This was underpinned by the current low interest rate environment and a “favourable environment to buy” (versus renting).

If you’re considering taking advantage of one of the low-deposit government buyer schemes, it’s important to remember that there are risks associated with low deposits. Generally speaking, the smaller your home loan deposit the higher your ongoing repayments will be compared to if you purchased the same property with a bigger deposit.

Unfortunately, with the rate of property price growth at the moment by the time a first home buyer waits to save up a larger deposit, prices may have increased significantly. In fact, recent RateCity analysis of ABS data found that the average value of new loans in New South Wales and Victoria increased by over $100,000 in just a year.

To learn more about the current property buyer schemes offered by the Commonwealth government, please read our comprehensive guide.