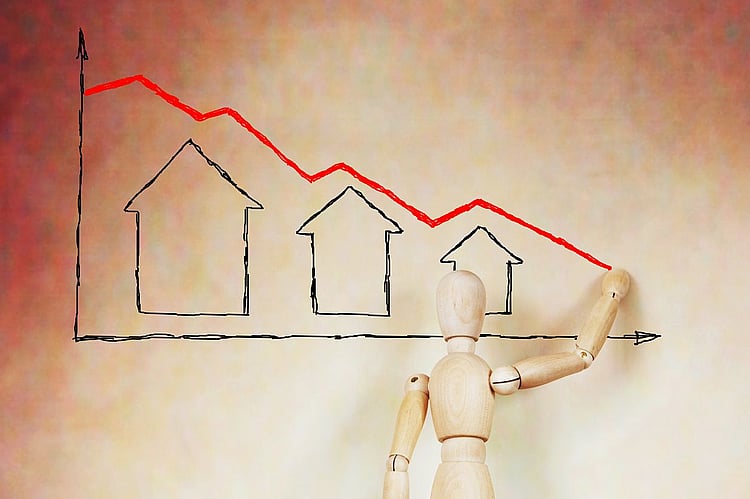 Housing prices are falling across Australia as the market corrects what has been a dramatic increase in home prices. While the falls aren’t expected to be a remarkable downturn as some are predicting, CoreLogic has this week announced that the falls have hit their one year anniversary, with home values down 2.7 per cent since peaking in September last year.

According to CoreLogic’s latest Hedonic Home Value Index, dwelling values fell by half a per cent over the last month, with lower values across five of Australia’s eight capital cities in September. The rest of the country hasn’t fared much better, with five of the seven “rest of state” regions in CoreLogic’s index also reporting falls in value over September.

The highest drop was recorded in Melbourne, where values fell 0.9 per cent, while Sydney and Perth recorded drops of 0.6 per cent, with Darwin and Adelaide falling 0.4 and 0.2 per cent respectively.

Annually, those falls add up, and for some parts of the country may seem more severe than others. In Sydney, the year has seen a fall in value of 6.1 per cent, while Darwin and Melbourne dropped 3.7 and 3.4 per cent respectively.

“While the housing market downturn is well entrenched across Darwin and Perth where dwelling values remain 22.1% and 13.2% lower relative to their 2014 peak, Sydney and Melbourne are now the primary drag on the national housing market performance.” – CoreLogic head of research, Tim Lawless.

The news isn’t all dire, as some Australian capital cities have reported improvements in the dwelling value. Hobart increased by as much as 9.3 per cent, Canberra by 2.0 per cent, while Brisbane and Adelaide were more modest, growing annually by 0.8 and 0.7 per cent.