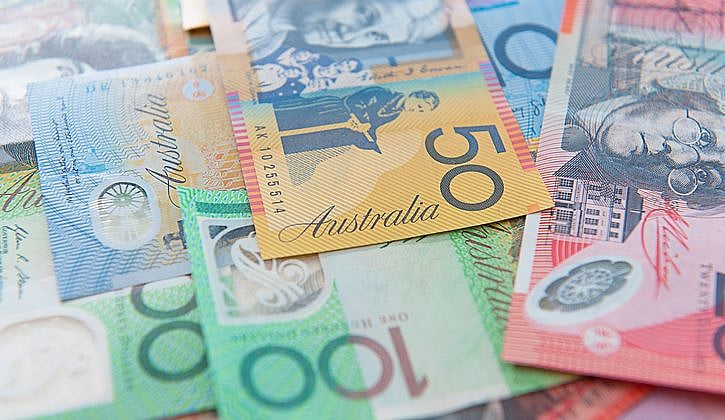 The RBA have continued a seven-month streak and left interest rates unchanged at 1.5 per cent at the March 2017 meeting.

There are several factors which the RBA considers when it sets interest rates, such as the labour market and economic growth.

Subdued growth in wages (at a record low level of 1.8 per cent in the December quarter) means that inflation is expected to remain low for some time. The RBA keeping rates low suggest the Australian economy isn’t growing as fast as it could be, which may undermine our prosperity over time.

Jobs growth too has slowed. While the unemployment rate in Australia sat at a relatively low level of 5.7 per cent in January 2017, total employment growth over the year to January was just 0.8 per cent, which was less than half the average growth rate over the past 20 years (1.8 per cent).

That’s a bad sign for consumers who are far more likely to spend money if their wages are growing strongly and there are good prospects for employment.

Why does the RBA set these rates?

The RBA sets interest rates to keep inflation within a 2per cent to 3per cent band. Inflation is sitting well below that, at just 1.5per cent in the December quarter of 2016. This gives the RBA scope to keep interest rates lower for longer.

Another reason the RBA has kept the 1.5 per cent rate is to push the Australian dollar lower as this makes Australian exports cheaper and therefore more attractive to offshore buyers. This helps to boost economic activity which has been growing at below trend rates given the mining downturn.

Should we raise interest rates?

Household debt is siting at around record levels and property markets have been surging ahead in Sydney and Melbourne. Auction clearance rates are back over 80 per cent and the low level of property listings has pushed dwelling prices higher. Housing is now extremely unaffordable for many people in those two big cities.

The RBA doesn’t want to see a property bubble, but that’s exactly what it’s looking like in Sydney and Melbourne with both markets dangerously overvalued, especially Sydney’s.

The RBA is keen not to fuel the bubble further through lower interest rates. This suggests the RBA could raise interest rates sometime later this year or in 2018.

Having said that, elsewhere in Australia, house prices have grow more modestly and they are falling in Perth and Darwin given the mining downturn, factors which might hold the RBA’s hand from raising rates.

Should I refinance my home loan?

Other factors suggest the RBA may not need to raise rates to quell property demand as the banks are doing it anyway to preserve their interest rate margins and profits.

The Australian banks have been moving out of step with the RBA and raising interest rates on home loans for investors and, more recently, owner-occupiers. Banks have also tightened lending criteria such as loan-to-value ratio (LVR) on investment loans after the Australian Prudential Regulation Authority’s introduced supervisory measures in 2015 to cap the growth of investor lending, which are still restraining lending today. Even if official rates stay on hold Aussie banks are still raising rates.

Fixed interest rates on home loans have also been rising with the expectation of renewed global economic growth after Donald Trump’s presidential victory in the US, which has pushed up bond yields, off which fixed mortgages are priced.

What else influenced the decision?

Other factors have also impacted the Reserve Bank’s decision to hold the cash rate.

Commodity prices have improved significantly from recent lows but this follows very substantial declines over the past couple of years.

Exports of many of Australia’s key commodities are soaring. Higher interest rates would push up the Australian dollar and make our exports more expensive, which would undermine an export-led economic recovery.

The RBA expects and wants to see Australian economic growth back at around 3 per cent over the next couple of years. It has been well below that in recent times. Consumer spending and retail sales are expected to pick up from recent outcomes but to remain moderate. Some further pick-up in non-mining business investment is also expected. Higher interest rates would put this recovery at risk.

Other considerations include the strength of the global economy, what’s happening in the US economy and China, and the level of stock markets around the globe and locally. While US stocks have been hitting record highs in recent times, Australian share prices aren’t so exuberant, which is another factor suggesting that rates will remain on hold. Also, US interest rates look like they could be rising soon which the RBA will be considering.

For March 2017, RBA cash rates are on hold. But their next direction, whether up or down, is impossible to predict right now.